Round 6 of the V8 Jetsprints

Round 6 of the AFJSA V8 Jetsprint series was held at Cabarita on the 21st and 22nd of November, courtesy of the Tweed Valley Jetsprint Club. It was a great weekend of competition on a longer than usual track layout.

The series had already been won by Phonsy Mullan and Kelsey Gill in Ramjet and they sat the weekend out after Phonsy had undergone more surgery on his legs.

The weekend was won by NZ racers Rob Coley and his navi Kellie Minell in Poison Ivy, a wickedly fast boat with a 705 cu in motor putting out about 1200 hp. They did it the hard way too, getting back out there after a huge crash in heat round 5.

The 350 Class was won by Jake Garlick and his navi in Evil As and Damien O'Leary and his navi won the Group A 400 Class.

As usual I took heaps of photos and they have been culled, sorted and culled again and will be loaded up to my web site during this week.

I have attached a couple of photos from the weekend below. 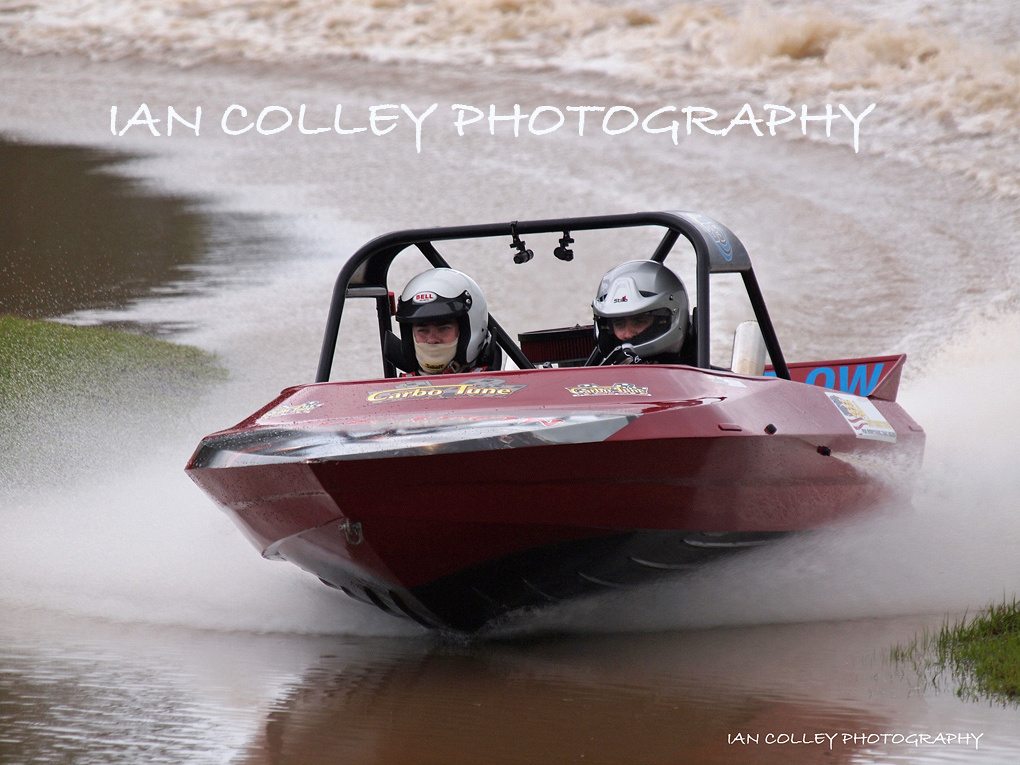 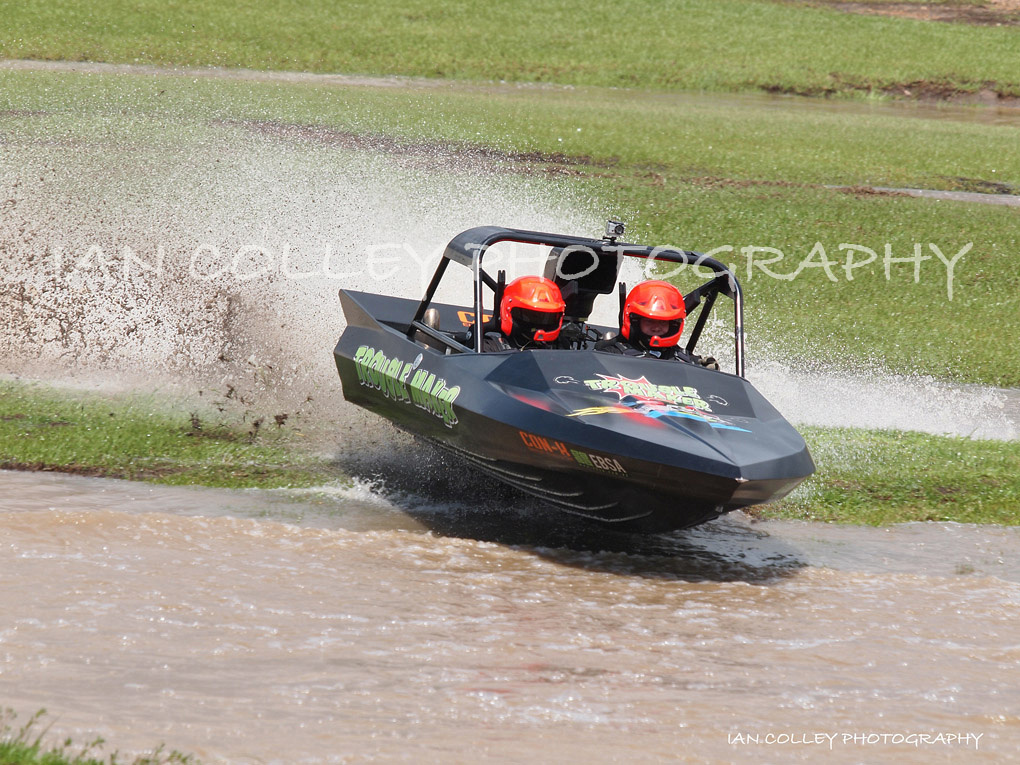 Please respect my copyright and do not copy or reproduce these images without my permission.

Looking forward to the World Series in NZ next year !